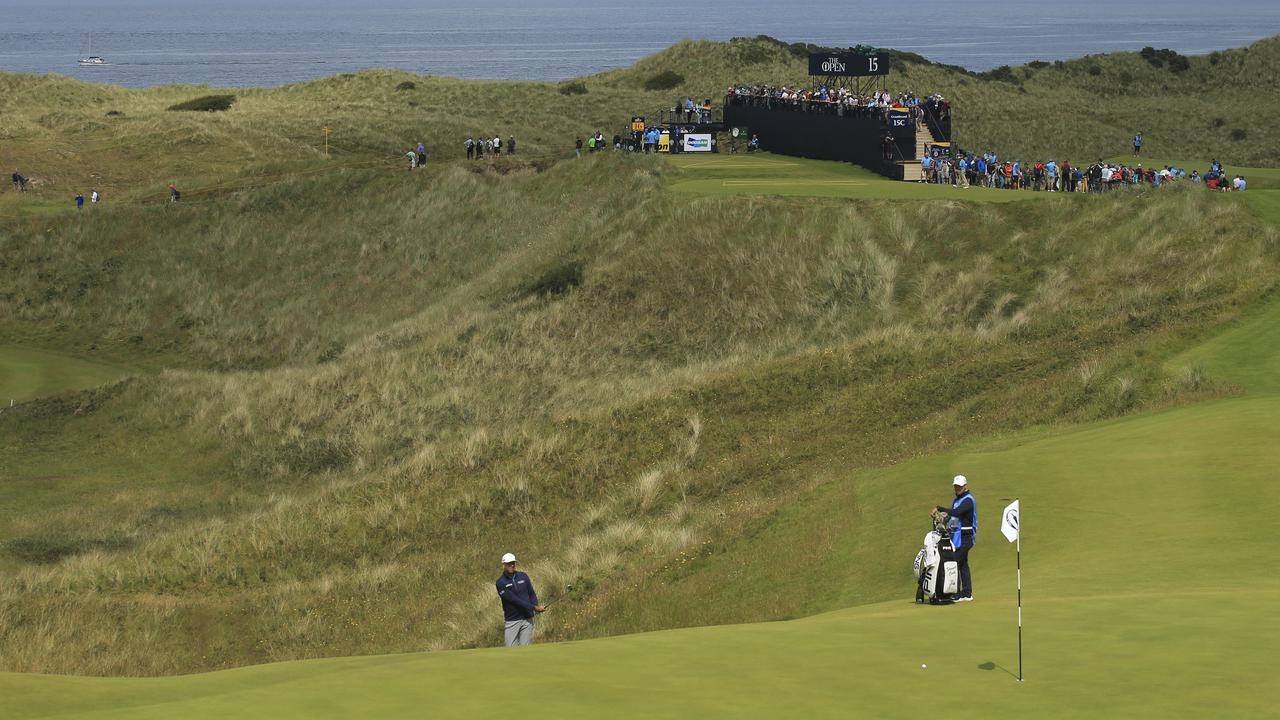 It's the hell hole set to cause carnage at Royal Portrush but Jason Day believes the so-called Calamity Corner may well produce a thrilling climax to the British Open on Sunday.

The signature 16th on the famous Northern Ireland links course has been striking fear into golfers for years and continues to this week as the game's biggest names plot a way to play it to avoid sinking out of contention.

With a deep chasm on the right - otherwise known as nothing but trouble between tee to green on the devilish 216-metre par-3 - the only respite is Bobby Locke Hollow on the left.

It's the wise play that Locke used in all four rounds when winning the third of his four Open titles in 1951.

The South African is said to have taken one look at the hole and then didn't even bother aiming for the green, instead getting up-and-down for par each day with his bail-out approach and then walking off with the Claret Jug.

"It's 215 metres and anywhere right's done. You're pretty much aiming for the left edge of that green with two or a three iron if there's no wind.

"If there's wind, potentially it could be a driver."

Day, though, reckons it'll be fun, especially with the 373m par-4 17th reachable for the field's master blasters who can drive to the top of a severe downslope running towards the green.

"Sixteen and 17 are a great, great two-hole stretch where you can potentially make bogey at worst and then turn around and make birdie or eagle, which is fantastic," Day told AAP.

Portrush marshalls say the wind must blow to ensure a challenge for the world's best players.

"It doesn't have to be much - anywhere between 10 and 20 miles an hour, which they're forecasting - is going to be enough," he said.

"Anything that's enough to start pushing balls off line and starts to make the driving a little bit tougher, then you go into deep, deep stuff.

"You're just chunking them out sideways depending on the lie. If you don't get that drive straight, there's the potential to make a big number there.

"There are a lot tough holes here."

Like the daunting 441m par-4 fourth with out of bounds threatening menacingly for anything remotely errant off the tee.

"There's OB just right of the fairway and it's a pretty small green," Leishman said.

"So, yeah, there's some hard holes but they're fair. You can birdie them if you hit good shots.

"It's an awesome course."

Marc Leishman is two shots off the lead after day one at Torrey Pines, where Tiger Woods is in the mix to earn a record 83rd PGA Tour win.... 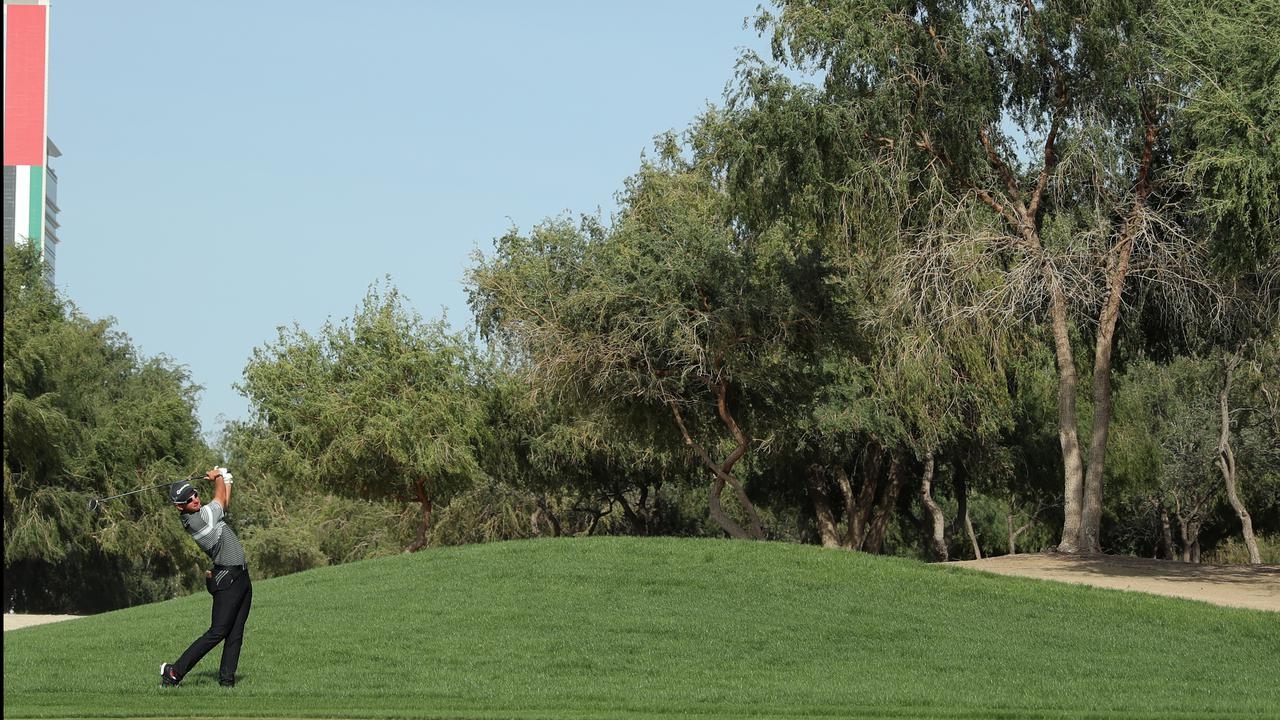 Australia's Lucas Herbert is two shots off the Dubai Desert Classic lead after posting a first-round 69 at Emirates Golf Club....