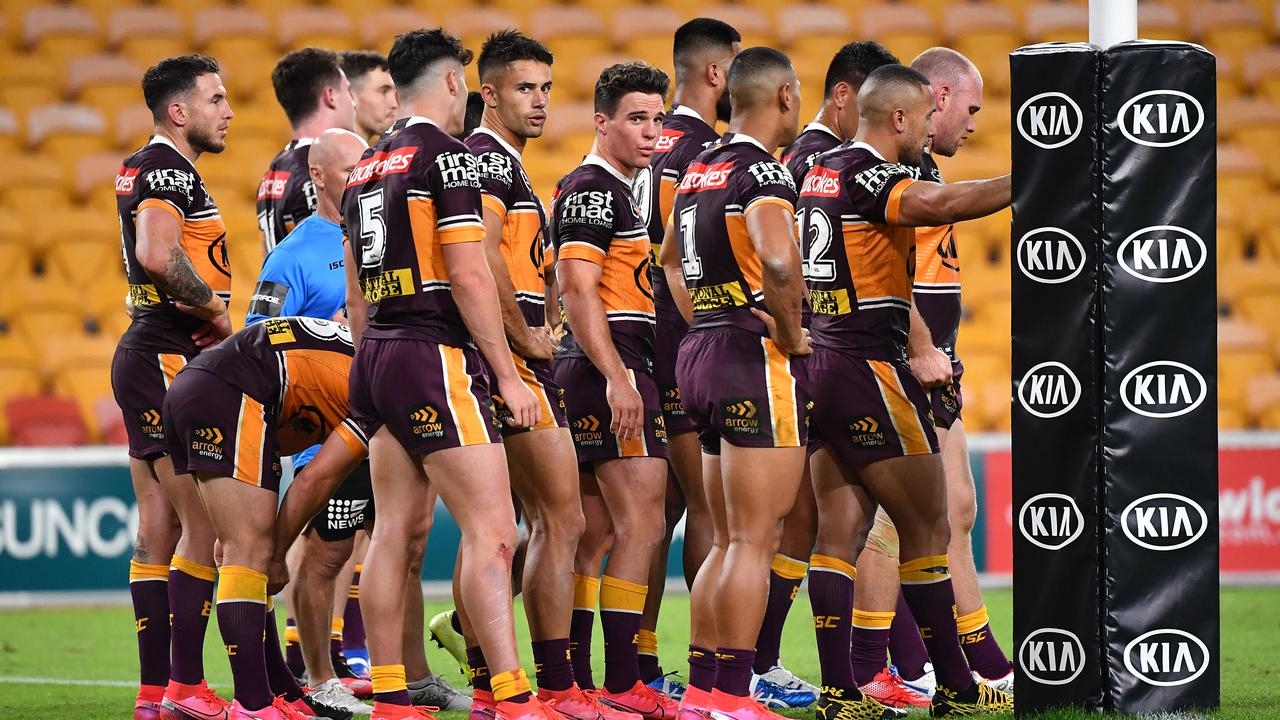 Captain Alex Glenn has taken a stand against cyber bullies after revealing some of his Brisbane teammates have received death threats following their fifth straight NRL loss.

An emotional Glenn said he had been forced to console young teammates in the lead-up to Saturday's clash with Warriors after witnessing vile social media abuse.

"Certain teammates are getting death threats on social media. People can have their judgments but that is not acceptable," he said.

"I don't want to name any names but I have spoken to some of the boys and just checking up on them.

"We are in a tough industry where no one wants to show weakness but I know deep down it affects them so I want to help bring out the best in them, telling them we have faith in them."

Brisbane have copped a barrage of criticism after suffering a new low last round - being booed off the field by their own fans at halftime before losing to lowly Gold Coast.

But Glenn said nothing justified the abuse he had seen on social media with death threats appearing on the Broncos' Facebook page.

"I have been in the industry a long time and I can switch off on social media, I can deal with the pressures but some of the younger boys can't," said the 12-season veteran.

"Some are 21 years-old, they are put in the limelight. When they get those comments ... I know deep down it affects them mentally - it hurts them and it hurts their families when they read it.

"I am a big ambassador on mental health. No one should be told to go do something harmful to themselves for the way they are playing."

The veteran back-rower shared the disturbing news of online abuse after being asked why he had posted a passionate response to "bullying" critics on Instagram on Monday night.

"I have just had enough," he said.

"And it's not just my teammates, it is friends from other teams (getting death threats).

"I understand it is a tough industry, we get paid to be professional athletes and we should be performing every week, but no one deserves to be told they should kill themselves.

"That's the issue. I was putting my foot down about that."

Glenn said their current slump - which includes a record 59-0 loss Sydney Roosters - marked his darkest period at the club.

"It's testing my character, my belief. It's putting me in an uncomfortable situation where I have never been before," said Glenn, who made his NRL debut at Brisbane back in 2009.

"Our backs are against the wall but I thrive when the pressure is on.

"I am not going to shy away from it. It will be one hell of a story when we bounce back." 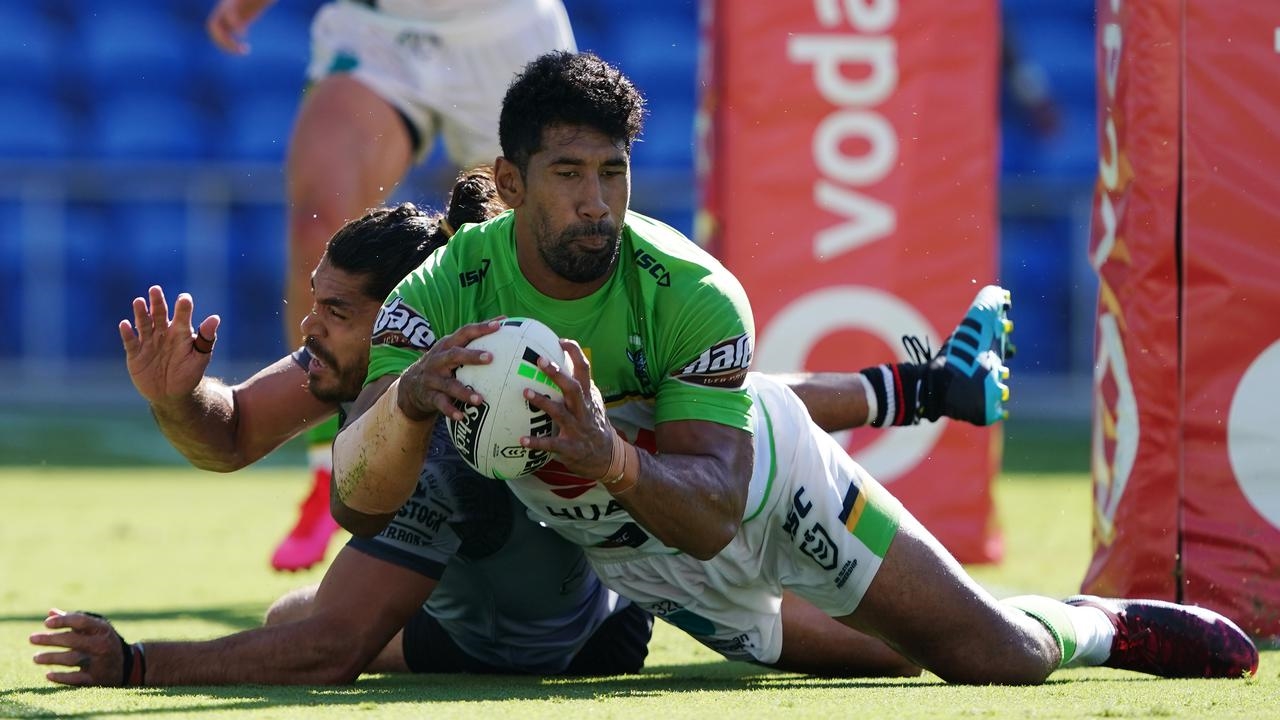 Canberra forward Iosaia Soliola is set to undergo facial fracture surgery that will rule him out for up to 16 weeks.... 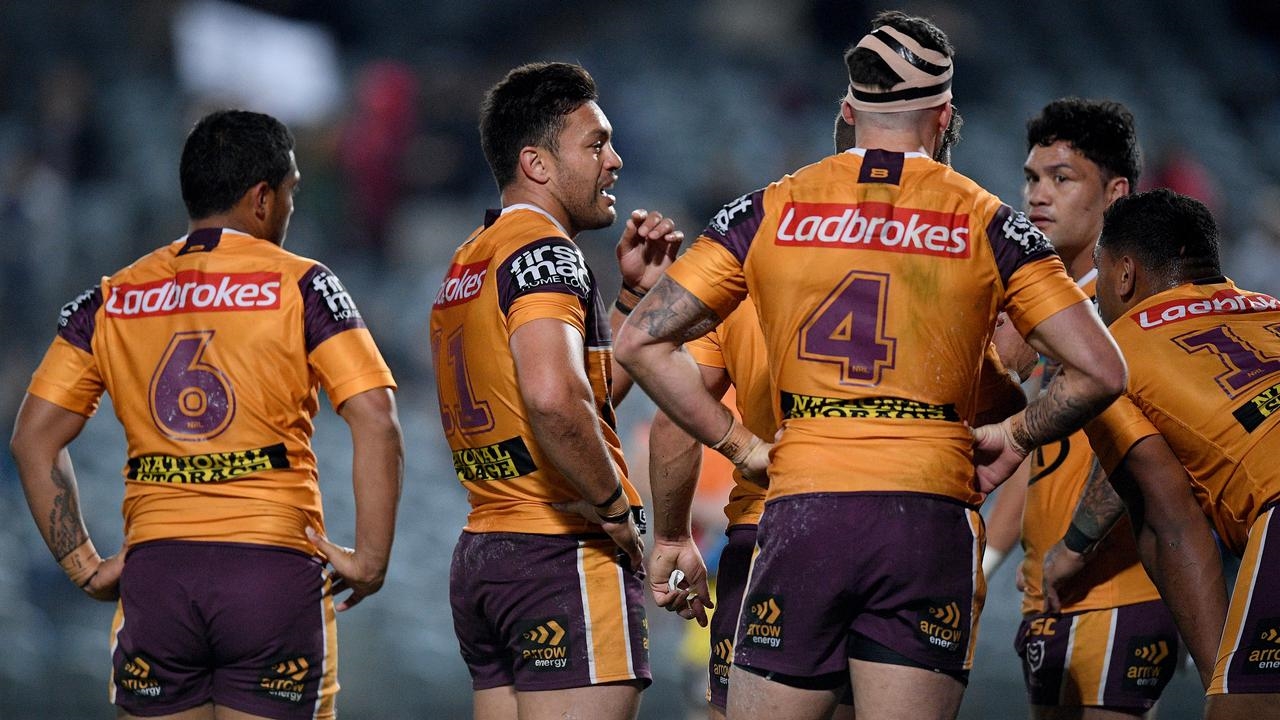 The spotlight may be firmly on Brisbane but there's been little to cheer at Queensland's other NRL clubs following the competition's restart in June....