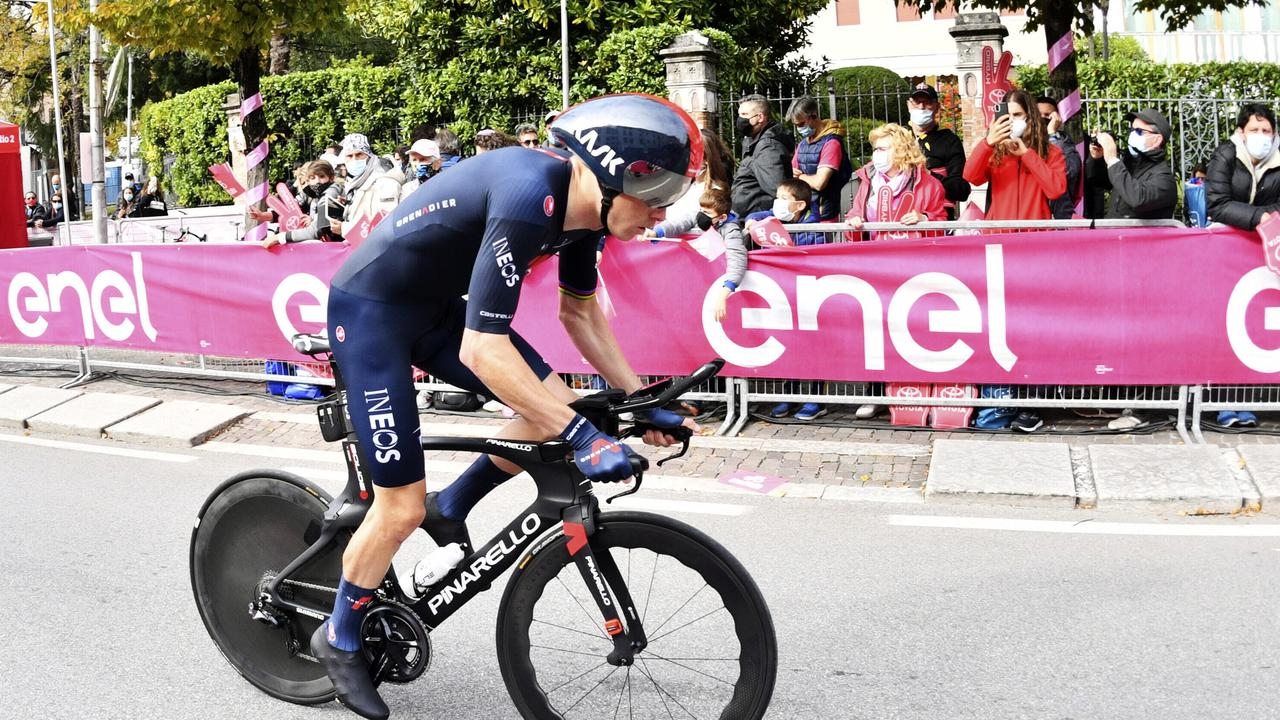 Double world champion Rohan Dennis has produced another fine performance in the individual time trial at the Giro d'Italia but the man from Adelaide still had to give second best to his Team Ineos Grenadiers teammate, world champion Filippo Ganna, on stage 14.

The Portuguese rider Joao Almeida increased his grip on the pink jersey in the hilly race against the clock while Ganna claimed his third victory in this year's race.

Fans, most of them wearing masks, crowded both sides of the road along the climb through Prosecco vineyards from Conegliano to Valdobbiadene as 30-year-old Dennis powered around the 34.1-kilometre course in 43 minutes 6 seconds.

Yet he was still no match for Ganna, who recently annexed Dennis's world time trial crown in Imola, as this time he rode at an average speed of 48 kph in finishing 26 seconds ahead of the Australian.

Almeida -- the last rider on the course -- finished sixth, 1:31 behind Ganna.

The 22-year-old Almeida is riding the first Grand Tour of his career and has held the lead since a strong effort up Mount Etna in Stage 3.

Only one more week of racing remains before the race ends in Milan next weekend with another individual time trial -- although the final week is filled with grueling climbs through northern Italy and Almeida himself has acknowledged that he has no idea how his body will react to a third consecutive week of racing.

Before the stage began, race organisers announced that 512 coronavirus saliva tests performed on riders and team staff members all came back negative. The next round of tests will be carried out on the second rest day Monday. 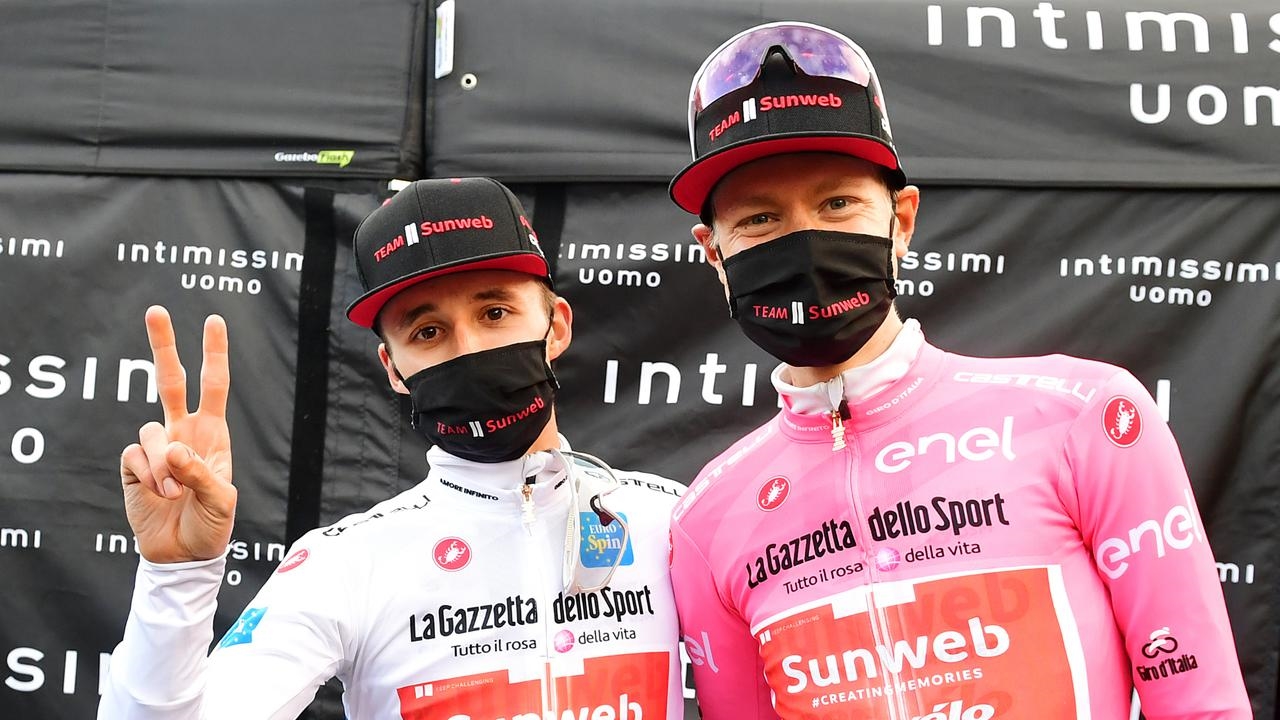 Jai Hindley is in sight of an historic Giro d'Italia triumph - but the selfless Australian says he'll do his utmost to make sure his teammate wins thi... 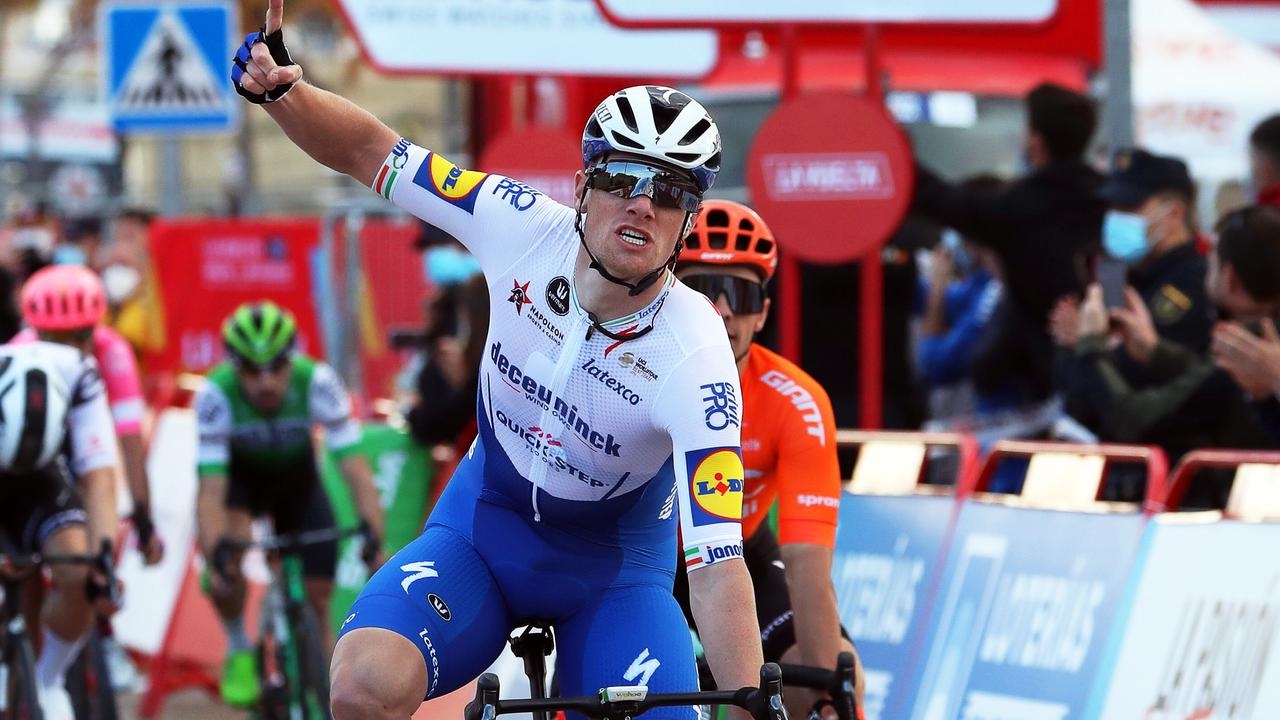 Irish riders are enjoying a tremendous Vuelta a Espana as Sam Bennett followed up Dan Martin's win with a brilliant sprint victory of his own on stage...